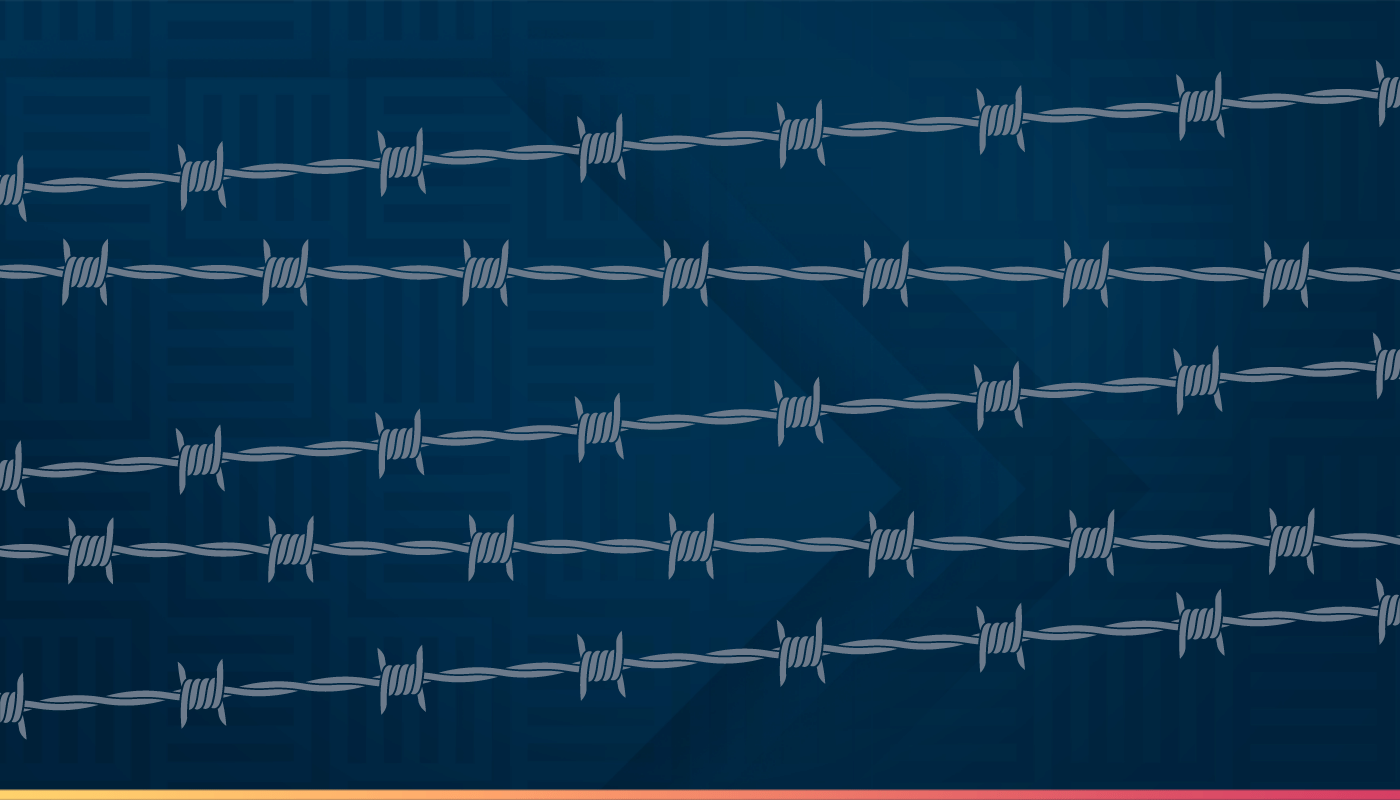 Democracy, activism and the rule of law are our key weapons against fascism. Learn to wield them!

If you search the database of white supremacist Discord channels, leaked by the monitoring group UnicornRiot since 2018, the word “genocide” appears more than 10,000 times. Often it appears in the context of “white genocide” – the core concept of the Great Replacement Theory, which claims that migration into the advanced world is a form of genocide against white people.

Sometimes, however, there are lists of modern genocides – Rwanda, Myanmar – suggesting more to come. Sometimes the users – there are 158,000 anonymous identities in the database – simply exclaim “GENOCIDE!”. Whichever way you want to interpret these memetic and subtextual conversations, it is safe to conclude that the modern far right is obsessed with the mass murder of ethnic groups.

This, in itself, should be a measure of the risk we are taking if we refuse to defeat modern fascism through militant, democratic means.

The genocidal logic of the volkisch antisemitism prevalent in Germany in the 1920s is clear in retrospect, but was rarely spelled out in advance. Few on the left, even as they confronted the horror of fascist totalitarianism in the inter-war period, understood its inevitably genocidal conclusions. And even after the event, the first journalists to encounter the liberated Majdanek concentration camp could not process what they had discovered.

Today, the picture is crystal clear: beyond the small, chaotic alt-right parties, groups and demos, there is a massive online culture of people completely in thrall to the logic of fascism, and genocidal thought is today embedded in the text, not the subtext.

Since the rise of the populist right, political science comforted mainstream policymakers with the suggestion that – noxious though they were – men like Trump, Salvini, Bolsonaro, Orbán and Nigel Farage could act as a firewall against the return of the real thing.

But the firewall is on fire. The modus operandi of right wing populism is now to gain power, eviscerate democracy, creating space on the streets, the media and online for the fascists to operate, and even – in the case of Trump – to turn official conservative parties into the willing hosts of fascism.

In turn, the far right does not yet seek power. It wants to operate in the space provided between a fragile judicial system and a mercurial presidential leader. Even when it is massed on the streets of Charlottesville, or “protecting” the statue of Winston Churchill in London, its main activity remains “metapolitics” – the creation and propagation of a coherent myth. But in their minds, the fascists believe that “Day X” will come. A day when they will brush aside today’s populists just as easily as Hitler with Alfred Hugenberg, or Mussolini with Gabriele d’Annunzio.

Faced with this rising threat we must all become – and proudly – antifascists. Five hundred prisoners escaped from Majdanek. None would escape from a facility built for the same use today. It would be Guantanamo with death chambers, equipped with autonomous lethal weapons, biosurveillance and impassable fences.

I could be wrong. It could be that modern fascism evaporates as swiftly as it appeared – decaying back to its constituent elements – racism, misogyny, irrationalism and antisemitism. But I don’t want to take the chance.

Combating modern fascism effectively means understanding it better. This is not the “tribute band to Nazism” we were dealing with up to around 1990. Its project is no longer formed around violent national rebirth.

It is an international movement, highly adapted to the conditions of a networked, non-hierarchical and globalised society. It is fascism regrown from its pre-1914 philosophical root-stock: from Nietzschean anti-rationalism, from scientific racism, and from the power-worship embodied in the writings of now-fashionable Carl Schmitt.

Everything fascists do is designed to propagate a myth: that a global ethnic civil war is coming, from which will emerge ethnically “pure” continental powers; that in order to prevent “white genocide”, western societies must be rid of ethnic and religious diversity; that all forms of liberalism and democracy are – in reality – Marxism; that western society will endure a cataclysmic end, from which a pre-Enlightement society will emerge.

Over the past ten years I have watched this new thought-architecture of fascism colonise the minds of people who were once only motivated by racism, ignorance and xenophobia. They have backfilled their prejudices with theory. And that’s why the danger has increased.

To defeat the new fascism there are three lines of action. The first is obvious: active antifascism. Whether it be through monitoring, infiltration or outright opposition on the streets, there is no substitute for mobilising progressives, trade unionists and minority communities to deny fascism an active space in civil society. Since civil society has moved online, that also has to mean forcing the tech monopolies to remove, suppress and deter fascist content. The price, unfortunately, will be limits to anonymity.

Second, we need an overt political alliance of the centre and the left. Liberalism and socialism have been at war, for justifiable reasons, throughout the 21st century. Now we face a bigger mutual enemy. The lessons of both Italian socialism and German communism, faced with the inter-war fascist threat, are that not even a strong, politically educated proletariat could defeat fascism alone.

Hannah Arendt described fascism as the “temporary alliance of the elite and the mob”. Only twice – in the Popular Front electoral coalitions of Spain and France in 1936 – was it stopped in its tracks: by a temporary alliance of the centre and the left. Today, every left wing activist is taught that the Popular Fronts were a disaster. They fell apart, for sure, but without them there would have been no left governments.

More importantly, the Popular Fronts created a strong, cultural antifascist ethos in the back half of the 1930s, which became the default ideology of the resistance movements of the 1940s. It was created in the movies of Jean Renoir, the plays of Odets, Brecht and Lorca, and the journalism of Orwell, Gellhorn and Capa. And it lived in people’s minds as an unspoken premise long after 1945.

Third, we need what the German–American jurist Karl Loewenstein called “militant democracy”: the use of state coercion to shut down far right militias, terror networks, cross-border funding channels, their online platforms and the businesses that stand behind them.

Countries where the rule of law is strong, protected by a depoliticised judiciary and with explicitly antifascist laws, begin this task from a strong basis. The country that begins from the weakest basis is the one most at risk – the USA, whose First and Second amendments are a licence for fascist activism and violence, and whose separation of power, and federal system, allowed a fascist mob to storm its legislature.

This three point programme – anti-fascist activism, a new Popular Front and Militant Democracy 2.0  – will find ready opponents within both liberalism and the left. I understand their reservations. It’s just that, having peered into the innocuous brick outhouse that still stands at Majdanek, with the turquoise stains from Zyklon B still on its plaster walls, I don’t want to take the chance.

Paul Mason is a journalist, writer, and filmmaker. His forthcoming book is How To Stop Fascism: History, Ideology, Resistance, published by Allen Lane in August 2021. His most recent films include R is For Rosa, a collaboration with the Rosa Luxemburg Stiftung. He writes a weekly column for the New Statesman and contributes to der Freitag and Le Monde Diplomatique. He is a frequent guest on opinion-forming TV and radio shows, including BBC Newsnight, DemocracyNow! BBC Politics Live and BBC Question Time.