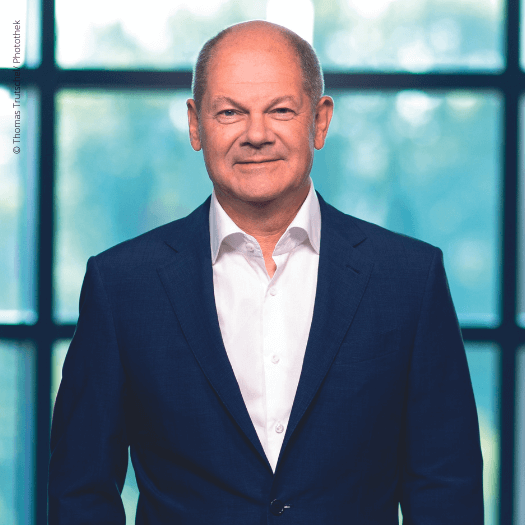 Olaf Scholz took office as the Chancellor of Germany in September 2021. He previously served as the German Federal Minister of Finance and Vice-Chancellor. He joined the Social Democratic Party (SPD) in 1975. Scholz has been the Vice President of the "International Union of Social Youth", the Secretary General of the SPD, a recurring member of the German Bundestag, and the Federal Minister of Labor and Social Affairs. He served as the First Mayor of Hamburg and promoted digitalization, educational policy, and social housing in the city.