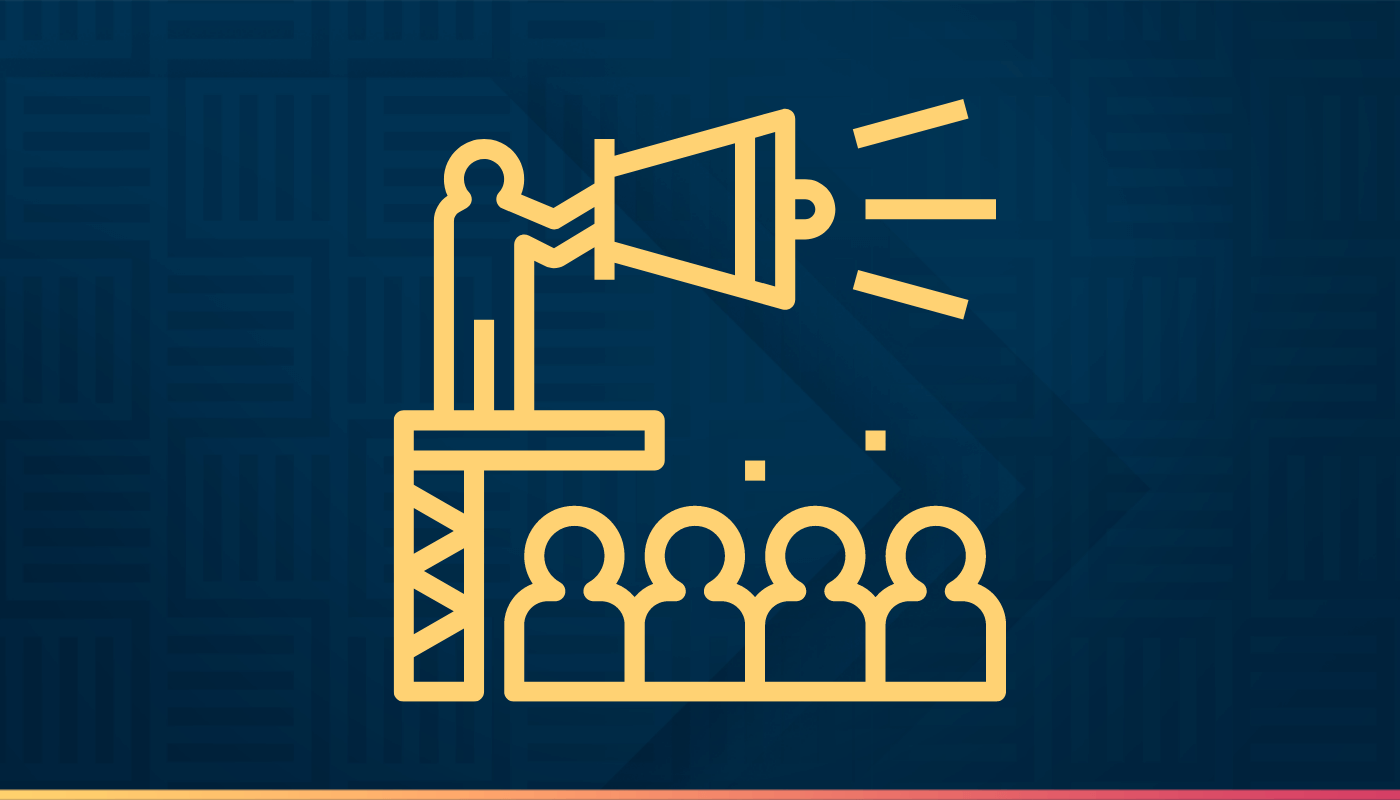 Democracy, we are told, prevailed with the defeat of Donald Trump in the fall of 2020. So let us pop the champagne corks and celebrate a new age of radical progress, right?

Imagining that the unending of an authoritarian thug in one election in one country has turned the tide against reaction is a dangerously naïve assessment of where the fight with fascism stands in the spring of 2021. None of the circumstances that led to the rise of a Donald Trump in the US have been addressed. Nor, despite all the breaking news from this turbulent pandemic and vaccination moment, have necessary political changes been recorded in Budapest or Berlin, Ankara or Jerusalem, Delhi or Paris. What hopeful progressives might like to imagine as a respite is understood by the far right as a time of regrouping. Those who would denigrate and destroy democracy always learn more from their defeats than from their victories.

In order to tackle the far-right threat, the left must learn as well.

The first lesson is that the fascist impulse will not be defeated – at least not initially – at the international or even the national level.

The left will only prevail if it rebuilds itself, and the democratic institutions it sustains, from the grassroots upward – with local organising, local campaigning and, above all, local communicating.

For the democratic left, the fight against the far right isn’t a top-down struggle where victory can be achieved on a grand stage and then maintained from above. This is a local struggle, which must be waged from house to house, street corner to street corner, newsstand to newsstand, digital screen to digital screen. The left will only prevail if it rebuilds itself, and the democratic institutions it sustains, from the grassroots upward – with local organising, local campaigning and, above all, local communicating.

We are experiencing a global meltdown of democratic institutions that extends not from the rise of individual bad actors – or even from the attempts by globetrotting provocateurs such as Steve Bannon to link them up – but from a reordering of information streams that has proven to be highly beneficial for the far right. A failure to recognise this shift in the media landscape at the national level in western democracies, and a parallel shift in the media consumption habits of citizens within those democracies, has undermined the left in countries around the world. If that failure continues, the neo-fascist threat that already exists will grow exponentially greater in the next decade.

What Donald Trump did in his first five years as a political candidate and president, operating not just within the US but on the global stage, was to design a new politics of the far right that is more brazen than anything seen since the 1930s. This model borrowed from right wing populists who came before Trump, particularly the Le Pens in France, and Orbán’s Fidesz circle in Hungary; and it has inspired a legion of imitators, from Bolsonaro in Brazil to Duterte in the Philippines. As Orbán explained several years ago, Trump gave “permission” from “the highest position in the world” for an emboldened populist right – more calculating, more power hungry and more prone to violence than any the world had seen since the end of World War II – to take its place on the streets, at the ballot box and in the halls of government.

The monopolies on communication once enjoyed by public and private broadcasters and the great local, regional and national newspapers of countries around the world were no longer the only sources for information.

This new politics exploited decaying democratic infrastructure in a world where traditional parties of the right were ideologically adrift, mired in corruption and ripe for takeover or replacement; and where traditional parties of the left, and the unions associated with them, had squandered their legacies on neoliberal flirtations and a managerial politics that paid little attention to the suffering of base voters in what had been their partisan heartlands.

The primary strategy for this project of the right was not political organising at the grassroots but, rather, manipulation of information. Right wing populists, particularly those who dealt in racist and xenophobic messaging, recognised early on that the internet age was ushering in new ways of communicating news and ideas. The monopolies on communication once enjoyed by public and private broadcasters and the great local, regional and national newspapers of countries around the world were no longer the only sources for information. New platforms developed and, as they did, the advertisers who had sustained the old media found they could more easily connect with their customers digitally. They did not have to buy the expensive advertisements that allowed newspapers, radio stations and television networks to hire reporters and maintain robust newsrooms.

Without sufficient revenues, traditional media outlets began to cut back, laying off reporters by the thousands, shuttering newsrooms and eventually closing down newspapers and other media outlets. At the same time, new platforms for communication – Facebook, Twitter, Instagram and dozens of smaller, and often more nefarious, enterprises – were being developed to gather the data of consumers and accommodate the commercial demands of an evolving capitalism. These platforms also dealt in information – some of it credible, much of it dubious, all of it packaged to look like news. Savvy manipulators, like Bannon in the US, Nigel Farage in the UK and Gianroberto Casaleggio in Italy, embraced the change, colonising each new platform and making it their own. Tech savvy and politically ambitious, these strategists shared strategies, rooted in an understanding that their disinformation could fill the void created by the death of old media outlets and systems.

The political discourse centred around elite commentary at the national level with less and less coverage of distinct political stories, movements and personalities at the local and regional levels – the places where people actually live.

Too many people on the left continued to fight old battles. While they organised earnest digital campaigns, they still imagined that the news of the day would be communicated by traditional media outlets – print, broadcast and digital. As local media withered, they focused obsessively on national media – especially in the US, where the discourse was becoming “siloed”, with conservatives watching Fox News, liberals watching MSNBC and CNN. In countries with more robust public media, such as the UK and Germany, they focused on the national broadcasting networks. The nationalisation of debates, in the US and other countries, created a false sense of a robust political discourse. In fact, the discourse was narrowing rapidly. It centred around elite commentary at the national level with less and less coverage of distinct political stories, movements and personalities at the local and regional levels – the places where people actually live.

Ben Bagdikian, the theorist of media monopoly, recognised the threat two decades ago. “No American citizen can vote intelligently without knowledge of the ideas, political background, and commitments of each individual candidate,” he explained in 1997. “No national paper or broadcast station can report adequately the issues and candidates in every one of the 65,000 local voting districts. Only locally based journalism can do it, and if it does not, voters become captives of the only alternative information, paid political propaganda, or no information at all.” By the time Bagdikian died, at age 96 in 2016, the transformation he feared was largely complete in the US. Regional daily newspapers had been shuttered, thousands of local reporters had been laid off, and voters were getting their “information” from a slurry of national commentators on cable and talkRADIO – many of them openly biased toward the right – and from the Facebook posts of right wing trolls and Donald Trump’s Twitter feed. Is it any wonder that Trump was able to take over the Republican Party and secure the presidency in that year’s election? Or that right wing populists and projects were suddenly making electoral breakthroughs, in the UK, in France, in Italy and elsewhere?

Trump may not be president any longer, but the right is still on the march, in the US and globally. What should the left do? Start by borrowing a page from Bjork, the Icelandic singer. Seriously.

Faced with a similar meltdown of the music industry more than a decade ago, Bjork rethought everything about how she would make and distribute her music. She didn’t abandon her values; in fact, she embraced them more passionately. But she did upend the ways in which she communicated them. She embraced new technologies and new platforms, using an iPad app and other tools to restore old connections with fans and to forge deep relationships with new audiences. Bjork had a great line about it all, telling a music journalist in 2011, “The old rules, they don’t work anymore. I wanted to reconnect with stuff that actually works.”

The trick is to direct resources – human and economic – into local campaigning that fills the information void.

That’s precisely how the left, with its history of communicating with people in their workplaces and their communities, must renew itself for the fight against fascist thinking and fascist politics. The left’s ideas aren’t the problem: economic and social and racial justice, saving the planet and peace are still appealing prospects. The problem is that those ideas, with their complex interconnections and demands, are best discussed at the grassroots level by comrades, friends and neighbours – rather than by talking heads who arrive at television stations in chauffeured limousines, or with 280 characters on Twitter.

How does that notion become real? How does the left use new technologies to get back to stuff that actually works? The trick is to direct resources – human and economic – into local campaigning that fills the information void. The left can’t recreate the newspapers or radio stations of old. People, especially young people, have moved on. Instead of bemoaning the loss, create the new media that is needed at the local level. Master the technologies that best serve a neighbourhood or a community – print, broadcast and digital. Use them to explain what is going on with a broad worldview but a local perspective.

Counter the right’s big lies and propaganda with information that is reliable, consistent and connected to the circumstances of people where they live. A tech-savvy commitment to localism that is prepared to challenge fascism, provide workable alternatives and organise from the ground up is not just the best way to win a world. It is the way that uses the strengths of the grassroots left. Instead of wrestling with the masters of the media universe in distant capitals, train activists and organisers to fill the information void on a human scale in small towns and urban neighbourhoods. Use the information that counters the right, and that inspires the left, to build local campaigns that link into national coalitions. They will be more honest, more humane, and ultimately bolder and stronger than the top-down projects of the managerial corporate centre that have ceded so much ground to the far right.

The answer to the Big Lie of the fascists is a thousand small seeds of truth, planted by the left and nurtured from the grassroots upward into a transformative movement for economic and social and racial justice, for the planet, and for peace.

John Nichols is the author or co-author of more than a dozen books on media and democracy. The national affairs correspondent for The Nation magazine, he is a contributor to The Progressive and other publications in the United States and internationally. He regularly appears as a commentator on the BBC, RTE and Al Jazeera, as well as for National Public Radio stations and U.S. cable television networks such as MSNBC. A co-founder of Free Press, the media reform network in the United States, he has twice keynoted global congresses of the International Federation of Journalists.