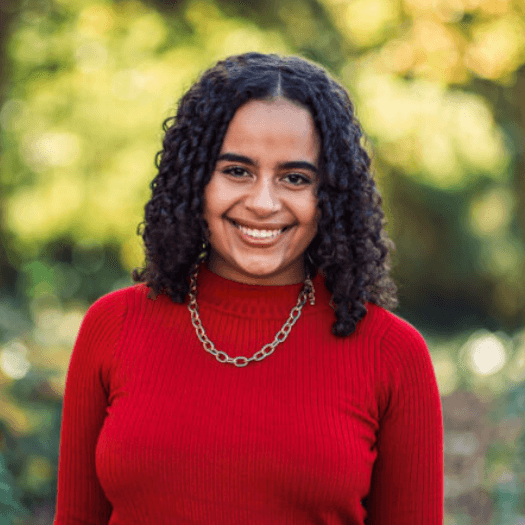 Sarah-Lee Heinrich, 21, has been the national spokeswoman of the German Green Youth, together with Timon Dzienus, since October 2021. She grew up in North Rhine-Westphalia and became involved in social justice at an early age, as she believes that in a country as wealthy as Germany, you can’t have millions of people living in poverty. Heinrich studies political and social sciences. Her political work centers around social issues, economics, anti-racism, and feminism.