Executive Vice-President of the European Commission 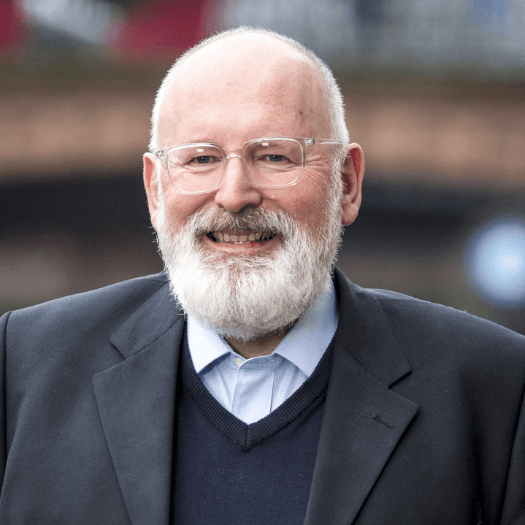 Frans Timmermans is Executive Vice-President of the European Commission, leading its work on the European Green Deal. He is responsible for the European Climate Law that put the 2050 climate-neutrality target into law and for the Fit for 55 package to meet the -55% emission reduction target for 2030. Frans Timmermans leads the EU’s international climate negotiations. In June, he presented the Nature Restoration Law, part of the Biodiversity Strategy. He also oversees the Commission’s zero-pollution ambition, the circular economy action plan, the Farm to Fork strategy and other initiatives. From 2014-2019 Timmermans was First Vice-President in charge of Better Regulation, Inter-Institutional Relations, Rule of Law and the Charter of Fundamental Rights. In the Netherlands, he previously served as Minister of Foreign Affairs (2012-2014), Minister of European Affairs (2007-2010) and Member of Parliament for Partij van de Arbeid (PvdA) (2010-2012 and 1998-2007).